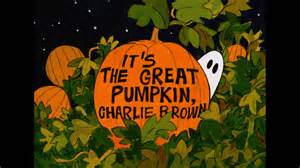 It has been awhile since I have posted, but I have been busy.  Really.  It has made me a bit unsettled to not write, but not bad enough to make me get up early to fit it in, so there you go.

Things have been busy in the library, it was time for the book fair.  Pallets of books arrived and soon Scholastic books, journals, light-up pens and every shaped eraser imaginable lined the tables.  There was no space to hold library classes without the distraction of book fair items drawing kids like magnets.

To counter this I held library sessions in the music room.  I did the same thing last year and it worked beautifully.  Last year I read books about bats and we sat on the floor and cut out black, gray and brown bats that lined one end of the hallway to the other. This year I was a little less ambitious and decided that for the younger kids I would show “It’s The Great Pumpkin Charlie Brown.”

The minute that cartoon started I got hit with a wave of nostalgia so hard it almost hurt.  Those opening notes of music, from the leaves fluttering down to Lucy pulling the football, it all got me.  There I sat, almost misty eyed, transported.  It was like I was six again, fresh out of the bath, in clean jammies, sitting on the couch with my brothers and sister watching it.  An exciting evening of trick-or-treating behind us.

The kids fidgeted a little and I watched them watch the movie.  This was so low-tech for these babies raised on rich graphics.  But humor is humor and they laughed when they were supposed to, and stuck with it right to the end.

About halfway in, one Kindergartner turned to me and asked what a “World War One Flying Ace” was.  I think I mumbled something like “Snoopy is trying to hide from the bad guys.”  I only cringed a little when they kept calling Charlie Brown a “block head,” (we don’t name-call at our school) and I felt that I had to point out that Lucy was a bit of a bully, but other than that it went over well.

By the time the third class filed in, I did not love it so much.   I watched one adult who accompanied the class, nod off and jerk awake once or twice, finally stand in the back to keep awake.  I guess if you are not five, or were not raised on this stuff it might be a little boring.  But not me.  It was great, and in the end, what I DID love was watching the kids watch the show.  That was the real entertainment. 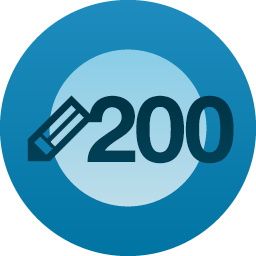